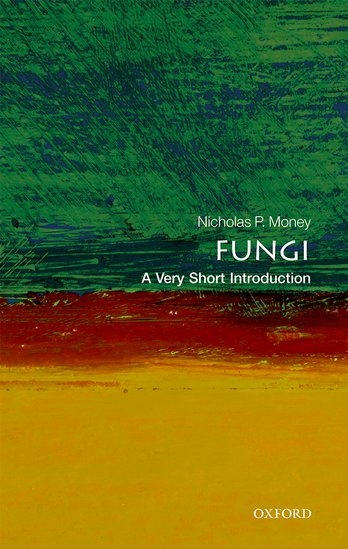 I was introduced to fungi at UC Davis, more decades ago than I care to admit, by Dr. Kenneth Wells. I had changed my grad school direction from geology to botany and, having no biology degree, had to take a “remedial” course that included 5 weeks about the fungi. To say it was an eye-opener would be a serious understatement. I was hooked by the fascinating biology of these organisms that I had hardly known existed. When Dr. Wells let me attend a multi-university mushroom field trip the following fall, I was blown away by their shapes and colors and impressed by the seemingly endless knowledge and enthusiasm of Dr. Harry Thiers of San Francisco State University. Fungi, particularly those that form mushrooms, have been an important part of my life ever since.

Unlike my experience, most North American mushroom hunters trace their interest in fungi to the fact that many mushrooms are edible and considered to be quite tasty. Mycophagy is well and good but, if that’s the only reason a person is interested in fungi, then (s)he is missing out on a lot. Unfortunately few folks have access to university mycology classes, and the textbooks typically used in these classes are both expensive and not easily approachable by those witout some basic biology and chemistry background. So I was pleased to discover this small (about 7 × 4.25”) inexpensive book that provides a primer on the biology and ecology of fungi.

This is the 455th Very Short Introduction. The series began in 1995 with Classics and includes such titles as Logic, Darwin, Quantum Theory, Global Catastrophes, Chaos, The Devil, Tibetan Buddhism, Teeth, and Hermeneutics.

Nicholas (Nik) Money, a transplanted Brit, is Professor of Biology at Miami University (Ohio) and probably is familiar to many as the author of several previous books about fungi, including Mr. Bloomfield’s Orchard: The Mysterious World of Mushrooms, Molds, and Mycologists (reviewed in The Mycophile May-June 2003), Carpet Monsters and Killer Spores: A Natural History of Toxic Mold (The Mycophile March-April 2005), The Triumph of the Fungi: A Rotten History (The Mycophile March-April 2007), and, with co-authors Lynne Boddy and Sarah Watkinson, a textbook, The Fungi, 3rd ed. His research has included topics such as the force with which spores are shot off gills and the mechanics of “egg” ejection from birds’ nest fungi, and he has written provocatively about whether we should continue to give fungi names and whether fungi should be considered to be medicinal.

Although there are only 125 pages of text, the basics of fungal biology and ecology are well covered. The chapter and sub-chapter topics are: What is a fungus? (Defining the fungi, Genetics and evolutionary origins, The fungal cell, and Fungal ecology.) Fungal diversity (The range of fungal complexity, Classifying fungi, Mushrooms and related fungi, and Ascomycetes and other groups). Fungal genetics and life cycles (Genomes, Yeast, Filamentous fungi, and Aquatic fungi). Fungal mutualisms (Symbiosis, Mutualisms with insects, Mutualisms with plants: mycorrhizas and endophytes, and Lichens). Fungi as parasites of plants (Global impact, Rusts, Smuts, Ascomycetes and other plant pathogens, and Fungicides). Fungi and decomposition (Fungi and the carbon cycle, Coprophilous fungi, Leaf decay, Wood decomposition, Indoor fungi, food spoilage, and decomposition of manufactured products, and Global significance of saprotrophic fungi). Fungi in animal health and disease (Our microbiome, Skin and hair, Candida and opportunistic infections, Other systemic infections, Infections of other animals, and Allergens, hallucinogens, and poisons). Edible mushrooms and fungal biotechnology (Picking wild mushrooms, Mushroom cultivation, Medicinal mushrooms and antibiotics, Brewing and baking, and Bioethanol and bioremediation). The book concludes with short lists for further reading and an index.

Money’s writing strikes a good balance—he doesn’t use a lot of technical jargon but also avoids dumbing things down. Incorporation of many bits of mycological history adds interest and suggests avenues for further reading but, unfortunately, citation details for historical works are not provided. The illustrations, mostly line drawings plus a few photographs, are all black and white. Most are effective and many were taken from historical sources such as the Tulasne brothers drawing of an ant infected by Ophiocordyceps unilateralis.

The fungal lifestyle has been extremely successful for hundreds of millions of years and, in Money’s concluding words, “Fungi are everywhere, and will outlive us by an eternity.” His Very Short Introduction provides a fine, albeit brief, look at why this is so. Highly recommended.