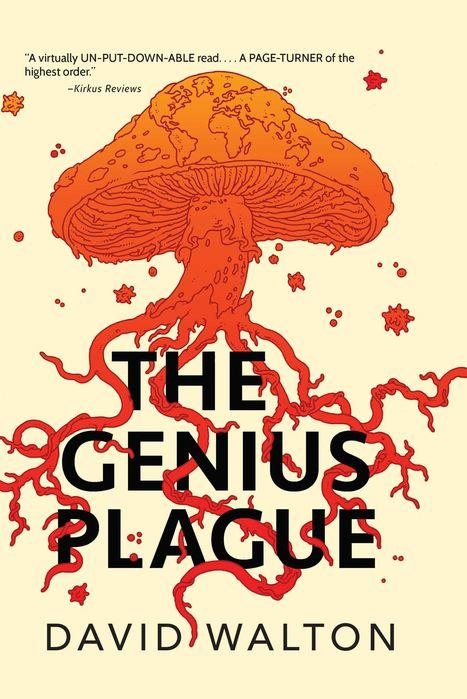 This science fiction thriller ($12.29 paperback at Amazon) has a mushroom mycelium as the villain. Its spores induce a lung infection, and those who recover find themselves with much greater intelligence—the mycelium has invaded the victim’s body, including the brain, and generated more efficient pathways. But there’s a catch, of course: The fungus, like every living thing, has as its goal to grow and spread, and infected people find that their actions become controlled by efforts to spread the infection. The characters include a young, brash young mathematician who somehow secures a job at the NSA, and his older brother, a mycologist who is among the first American to be infected. The characterization is entertaining, if one- dimensional, and the plot has some unexpected twists. The ending is rather abrupt, and leaves the reader wondering if the world is better or worse off at the end.