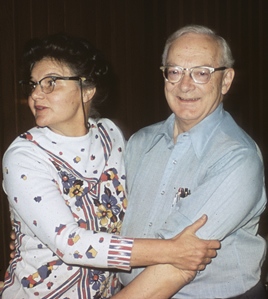 At a time when there is increasing awareness of the importance of understanding global biodiversity, emphasis and funding for the biological sciences is shifting more and more away from organismal biology and towards biochemical research where industry and grant funding can offset decreasing revenues from public sources. Thus in both North America and Europe, Biology and Botany Departments are often losing their Natural History faculty as they retire and are replaced by bench scientists. At the same time, governments faced with decreasing tax revenues are trying to balance compelling needs, leading to drastic budget cuts in higher education. Often this means that as a vacancy comes open through retirement, the position is retracted and not filled. The cuts are beginning to result in closing or consolidation of departments that are not net revenue producers for the institution. When this happens, even tenured faculty are sometimes being let go. The problem is particularly acute in the field of mycology, given the scarcity of mycologists even before this trend started and the perception by budget managers of limited funding that mycologists tend to bring to their institutions. Thus I strongly feel that we need to look for models within the community of people who hunt mushrooms for food, pleasure and enlightenment. The mushrooming community has grown markedly in the last 40 years as mushroom clubs crop up around the country, as modern Field Guides have made mycology easier for the novice and as the modern digital era has made communication faster and easier. The Pacific Northwest Key Council is one model of how dedicated individuals interested in mushrooms can work with professional mycologists to further mycological knowledge.

The Pacific Northwest Key Council was formed in 1974 under the direction of Dr. Daniel E. Stuntz with Kit Scates as the events organizer, principal recruiter and first President (Figure 1). Kit and Dan were responding to the dearth of information that would allow amateurs to successfully identify mushrooms found in the Pacific Northwest. At the time there were few field guides and those mostly over-lapped each other in the coverage of a relatively small number of species found in the region. There were no keys readily accessible to amateurs.

It was Kit who brought me into the Key Council in 1975 and got me seriously involved in photographing mushrooms. Kit founded the North Idaho Mycological Association and was also a NAMA Vice President, Regional Trustee, and chair of the NAMA Education Committee. Thus it should be no surprise that she also introduced me to NAMA, and promptly got me on both the Education Committee and the Toxicology Committee. She soon was pushing me to produce educational programs for NAMA and the Key Council. My children knew her as their third grandmother. Kit wrote the first Key Council keys to Ramaria plus keys to Boletes and keys to several small genera including Gomphidius and Chroogomphus. She wrote a picture key to common genera of gilled mushrooms and a picture key to mushrooms terms that are great tools for beginning mushroomers. She served as the first Key Council President from 1976-78 with me as Vice-President. Together we spent several years working on a field guide for mushroom identification that we put on the shelf in 1979 when David Arora’s Mushrooms Demystified was published. Not long after that, Kit Scates traveled to Florida to marry Harley Barnhart. Kit Scates Barnhart and Harley Barnhart chose to reside at her riverside home in Idaho. With Harley, the Key Council gained another expert photographer and another great cook for our forays.

My only formal instruction in mycology was from Dr. Daniel Stuntz. I attended a non-credit course of his in mushroom identification while a chemistry graduate student at the University of Washington. Dr Stuntz was a man of tremendous mycological knowledge, a revered faculty member, and totally dedicated to his students. As a result of Dr. Stuntz having been a graduate student during the Great Depression, starving botany students could always find food spread out for them in his lab. He assisted the Key Council with his gentle insights and an open door to his impressive mycological library. He also tutored us in fine wines and fine foods. I spent my first Sabbatical in his lab. Dr. Stuntz specialized in Inocybe and wrote our keys to Cortinarius, Hygrophorus (including Hygrocybe) and our original key to Polypores.

I also want to remember Don and Christel Goetz, who for decades were important contributors to both the Key Council and the Oregon Mycological Society (Figures 2 and 3). In addition to their joint mycological contributions, Don was the first Key Council Treasurer as well as our Attorney. He helped us draw up our early bylaws and articles of incorporation. He got our keys copyrighted as they were produced and wrote our first key to Amanita. Christel was our first Secretary and wrote our first key to Phaeocollybia. In addition to being very active in the Key Council, Leeds and Marie Bailey were pillars of the South Idaho Mycological Association (Figure 4). Leeds still survives, though is no longer active. They worked on desert species, producing a Key to the Woody Desert Fungi found in the Pacific Northwest. Marie also did a lot of work on Mycena. Ben Woo not only was important to NAMA but was founder of the Puget Sound Mycological Society (along with Dr. Daniel Stuntz and a later Washington State Governor, Dr. Dixie Lee Ray). Ben’s serious study of his specialty, Russula, was an inspiration and model for us all (Figure 5).

Finally I want to acknowledge the still-active members of the Key Council with many years of service as well as key production. Two founding members remain active and have provided 36 years of service. They are the ever-energetic Margaret Dilly who wrote one of our keys to Agaricus and who, along with her husband Claude, is a driving force of the Northwest Mushroomers Association in Bellingham, Washington and Herold Treibs who wrote a key to the Helvellaceae (Figures 6, 7 and 8). Several additional members were at the first spring meeting of the Key Council and have now provided 35 years of service. These members include Coleman Leuthy who wrote the key to Lactarius and also worked on Hebeloma and Tricholoma; Eugene Butler who wrote keys to Lepista, Volvariella and Clitopilus; Judy Roger (currently on leave); and Michael Beug, who has recently redone Kit Scates Barnhart’s Key to Ramaria and works on Educational Programs (Figures 9, 10, 11 and 12). Members who have served for thirty years are Dick and Agnes Sieger, who worked on Melanophyllum, Lepiota allies and Maggie Rogers who serves as Style Checker and people photographer (Figures 13 and 14).

Key Council Goals circa 1980 and Accomplishments by 2010

Now I want to look back on the goals that Kit Scates Barnhart outlined 30 years ago (McIlvainea 4(2): pp. 37-39, 1980) and reflect on the progress of the Key Council. What follows is an abbreviated enumeration of the goals as they were published in 1980 along with comments about where we are today: 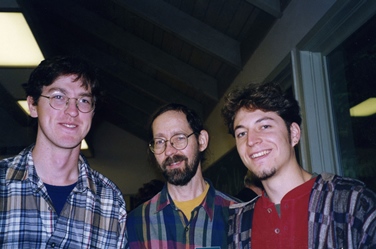 The Key Council remains a vibrant organization with 53 current members, though many have come and gone over the past 36 years. We meet twice a year. In the early years there was a spring working meeting at the University of Washington where Kit Scates Barnhart urged and inspired us to test keys day and night over the two days while Dr. Stuntz lovingly oversaw the gathering and provided both sage advice and fine wine. Then there was a fall foray where we were invited by a regional club to come and assist with identification and workshops. Our twice a year meetings now are spring and fall forays for members plus guests and students. The forays rotate around the region. At these forays we collect mushrooms that we can use to test and further develop our keys and we share insights and mycological knowledge. We have recently started keeping vouchers of all material collected at our forays in order to better document the fungi found in our region, though we are still working out the challenges this presents in recording and storage. Good food and fine wines remain a central part of our meetings, and our favorite caterer is our own Katie Parker (Figure 16). We rarely cook and eat any of the mushrooms, focusing instead on their study. Typically two speakers are invited, plus we try to invite at least one student, their way paid in return for a talk about their project (Figure 17). Increasingly we are seeking ways to encourage and support young individuals interested in mycology. For example, Brandon Matheny, now on the faculty at the University of Tennessee, was a student speaker who went on to become a Key Council member while he worked on his Ph.D. with our current science advisor, Dr. Joe Ammirati, at the University of Washington (Figure 18).

The question now is whether or not this organization can finally start to broadly affect the way amateurs and mycologists work together in North America. Does the Key Council provide a model for amateurs and professionals to work together throughout North America? I hope so. Our members certainly stand ready to help others initiate similar endeavors.