Lichens are amazing organisms. They are all around us and we hardly notice them. Found on soil, tree bark, rocks and even some under water, they are actually two organisms living together (symbiosis). The major component is a fungus (mycobiont), hence they are classified as fungi — the vast majority being ascomycetes. The other component is photosynthetic (photobiont) and may be green algae or cyanobacteria (once known as blue-green algae) or sometimes both. The photobiont can make food — sugar. The fungus can kill some of the algae cells or penetrate the algae cells to obtain food. So… the symbiotic relationship is actually a controlled parasitism. The algal cells, however, are protected from damaging excess light. Lichens are fungi that have taken up farming, and they are known as lichenized fungi.

Certainly these complex organisms can inhabit many conditions and substrates that would deter other kinds of species — hence they are known as pioneer organisms in ecological succession.

In order to help organize the lichens for identification, they are categorized by growth form of the thallus (vegetative body of the lichen). There are four major growth forms — crustose, foliose, fruticose and squamulose. 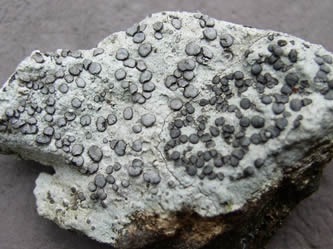 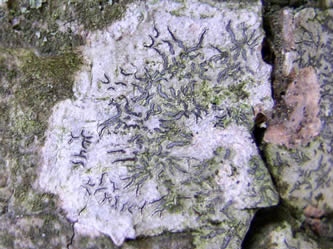 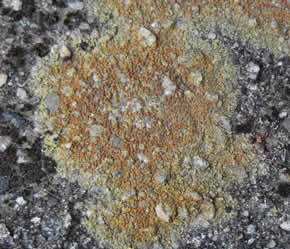 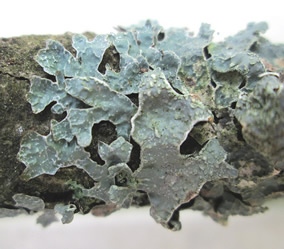 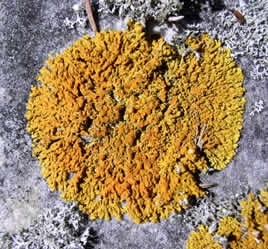 Foliose lichens (see Figures 2A, 2B) are leafy in appearance with a bottom layer that allows removal from the substrate. 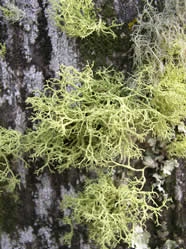 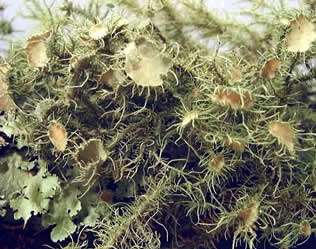 Fruticose lichens are shrubby or pendant in appearance (see Figures 3A, 3B) with no upper or lower layers. 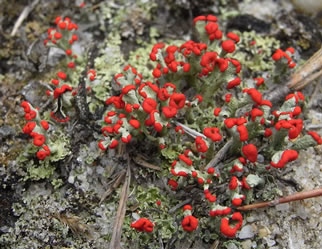 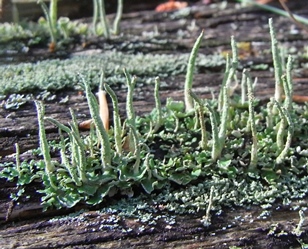 Squamulose lichens have small scale-like lobes like roof shingles. Some lichens are combinations of squamulose and fruticose such as species of Cladonia (see Figures 4A, 4B).

When a lichen reproduces sexually, it is the fungal component that makes structures called apothecia or perithecia. Apothecia look like cups or discs on the surface of the thallus. Perithecia are flask shaped structures mostly embedded in the thallus. Within these sexual structures you will find asci containing the fungal spores. When released, spores must find algal cells in order to lichenize. The spore structure is important in identifying the crustose lichens. Sometimes the crustose lichens are called microlichens because you do need a compound microscope for proper ID. Field guides to the macrolichens (foliose and fruticose) usually identify the species by substrate first, then by growth form followed by color. Another feature that is critical to observe with a 10x loupe relates to how the lichens reproduce asexually by vegetative means (the major reproductive strategy). Soredia are vegetative propagules containing algal cells and fungal hyphae. They form in cracks of the thallus (soralia), and can be dispersed by wind, insects, birds and water. With magnification, soredia can look powdery or like tiny crystals. Other propagules look like upright fingers or coral projections, and represent growths of the top layer (upper cortex) with algae underneath. These projections which are called isidia can break off and disperse. Chemical spot tests are also used in identification: K = 10% KOH, C = bleach, PD = para-phenylenediamine. In addition, TLC (thin-layer chromatography) and observing the reaction to long wave UV light can be useful for ID (see Brodo, Lichens of North America, pages 103-110).

Some of the most fascinating facts on lichens (listed below) relate to their connections to the ecosystem and how humans have used them in history and currently. 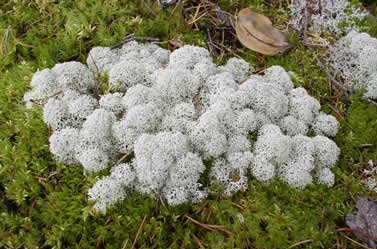 Figure 5: One of the reindeer lichens, Cladonia stellaris 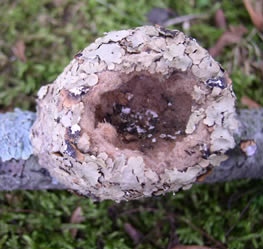 Figure 6: Nest of a Ruby-throated hummingbird 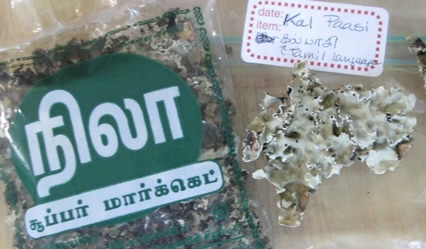 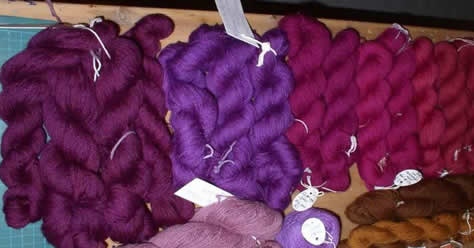 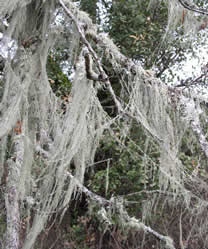 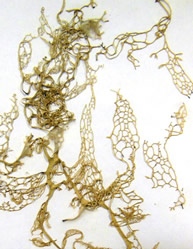 Get to know the lichens. They are fascinating organisms. You can study them at any time of the year and in any weather conditions. Congratulations to California. In 2016, they became the first state to have a “State Lichen” Ramalina menziesii,the Lace Lichen (Figures 9A and 9B).