Promoting, pursuing and advancing the science of mycology

In a mushroom poisoning emergency contact your nearest poison control center in the US or Canada, emergency room, or your physician.
US Poison Control: 1-800-222-1222

Join us to learn more about fungi, have more fun, and make friends

The North American Mycological Association welcomes all people with an interest in mushrooms and mycology without regard to race, gender, age, color, national origin, ethnic background, socioeconomic status, marital status, disability, sexual orientation or gender identity.  Go to  http://www.namyco.org/join.php.  Members of affiliated clubs receive a $5 discount.  For only $25 ($30 for non-affiliated members), you will receive 6 issues of The Mycophile, full access to our expanded website, and a standing invitation to all NAMA-sponsored forays.  Members enjoy all the benefits NAMA has to offer, including our newsletter, The Mycophile, which is full of educational articles and news about upcoming forays.

Renew your NAMA membership today! Visit http://www.namyco.org/join.php and select the “renew membership” button at the top of the page.

If you can’t remember your log-in info or if your renewal date is passed, email membership secretary Christy Ecsedy at membership@namyco.org.

We've produced a new video about NAMA: what we do, who we are, what happens at a NAMA foray. Check it out on our new NAMA YouTube Channel! Click here to learn more about NAMA

Lichens are amazing organisms. They are all around us and we hardly notice them. Found on soil, tree bark, rocks and even some under water, they are actually two organisms living together (symbiosis). The major component is a fungus (mycobiont), hence they are classified as fungi — the vast majority being ascomycetes. Lichens are fungi that have taken up farming, and they are known as lichenized fungi. There are four major growth forms — crustose, foliose, fruticose and squamulose.
To see the page on Lichens written by Dorothy Smullen, follow this link...

Animal-Fungal Interactions 4: Observations of Coleopteran use of Ganoderma and other fungi in the southern Appalachian Mountains 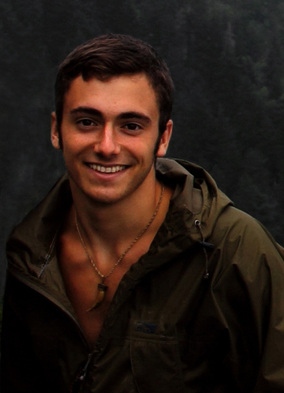 A diversity of North American beetles rely on fungi for a substantial portion of their life cycle, but there has been limited research into the larger ecological implications of these associations. The dieback of eastern hemlocks (Tsuga canadensis) has led to an increase in the fruiting numbers of the shelf fungus Ganoderma tsugae; in some areas, this has in turn caused an increase in the populations of pleasing fungus beetles (Megalodacne heros).

This paper is the fourth in a series of research on Animal-Fungal Interactions, including bowerbirds, hedgehogs and brush-tailed porcupines.

Todd Elliott is a champion fiddler, storyteller, and performing artist who has played music and told tales on stages from Carolina to California. He has worked with TV networks including PBS, National Geographic Channel, and UNC-TV. Todd has been involved with research projects exploring biological diversity on six continents and has discovered and described organisms new to science. He is currently a PhD student in the department of Ecosystem Management, University of New England, Armidale, New South Wales, Australia.

The North American Mycological Association (NAMA) is a 501(c)(3) nonprofit organization with 80 affiliated clubs and over 1,500 members.

NAMA is committed to the promotion of scientific and educational activities related to fungi. NAMA supports the protection of natural areas and their biological integrity. We advocate the sustainable use of mushrooms as a resource and endorse responsible mushroom collecting that does not harm the fungi or their habitats.