The Mushroom Culinary Arts Demo and Tasting at the NAMA foray at Paul Smith (August 8-11, 2019) was attended by over 30 people – the number of attendees had to be limited due to the limited space in the kitchen offered for the event.  The eager attendees gathered around two large stainless steel prep tables to watch the making of Risotto with black truffles and wild mushrooms. 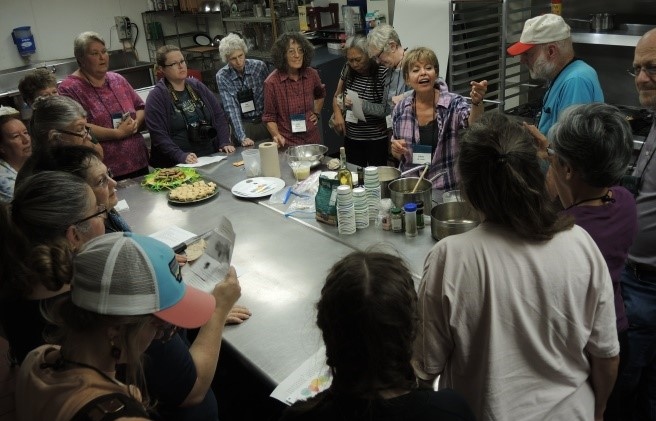 Before I started the demo, I asked Ursula Pohl, the “Mycophagy Guru” who has been concocting the mouth-watering tastings during the annual NAMA forays for over 25 years, to join me.  I thanked Ursula for her culinary contributions and for being an inspiration to many of us.  I offered her one of the “Phillips Mushrooms” complimentary bags of dried mushroom as a gesture of appreciation.

While I was giving a brief account of “black and white truffles” (specifically, Tuber melanosporum and Tuber magnatum, respectively ), a jar of chopped black truffles made the rounds so that everyone had a f 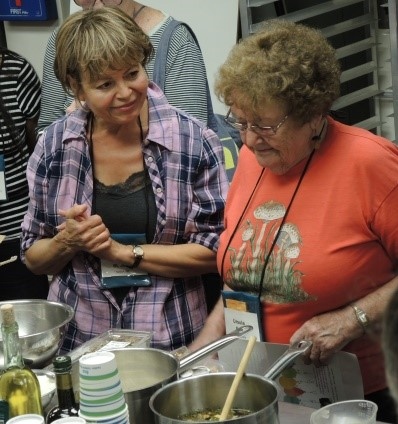 air share of “sniffing” the heavenly aroma of the chopped black truffles, and to get details about the brand name: The truffle Hunter (a UK brand).  I also talked briefly about the history of making risotto and how Arborio rice (short grain white rice known for its high content of starch) was brought to Spain and Italy by the Arabs in the 14th century.  I also shared a funny story about the person (Valerius) after whom the Risotto dish is attributed.  At this point, the risotto recipe was distributed (see below).

The making of risotto started by sweating the chopped onion in olive oil and butter to which rice was added – and - the long process of stirring began! While the risotto ingredients were taking their sweet time to happily mingle and love one another, a mushroom-shaped “Candy Cap and Ginger bread cookie”, hanging from a satin ribbon, was passed to each guest for a tasting (yes, you can have your cookie and eat it too! :) The ribbon symbolizes the unbroken circle and unity of all culinary mushroom-lovers who eat the cookie and keep the tied ribbon. 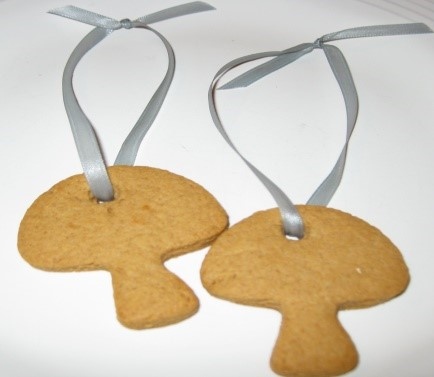 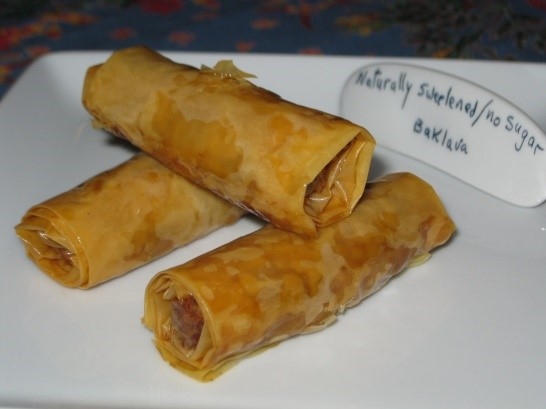 Following the candy cap cookie, a plate of pecan & walnut baklava sweetened with dried fruits (no sugar, syrup or honey) and flavored with candy cap mushroom was also passed for a tasting.  Many attendees made comments about the Baklava being unique and “guilt-free” delicious dessert.

The risotto was announced DONE when it reached a delightful creamy consistency and the rice tasted “al dente”.  At that point, everyone had a chance to finally taste it.  From the sounds and the comments that the tasters made, I could tell that the “microvilli” of their taste buds have experienced the right flavor and taste, which I translated to “delicious!” and that ended the Demo & Tasting! Until the next time, here is to your culinary mushroom creations! 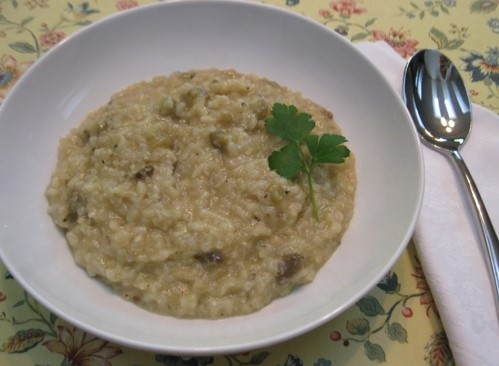