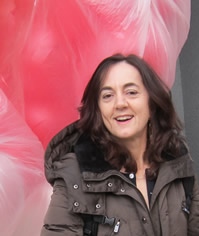 Nancy Mladenoff is the contemporary curator for the Registry of Mushrooms in Works of Art. She is Professor of Art at the University of Wisconsin-Madison.

She has exhibited extensively across the US. Recent exhibitions include Post-Audubon: Birds & Insects of North America at the Arsenal Gallery Central Park in New York City. She participated in solo and group exhibitions involving mushrooms in nature in Germany, Norway and the Czech Republic.

Nancy's mushroom art was featured in a 2005 issue of The Mycophile, NAMA's newsletter. You can see more of her work on her website: www.nancymladenoff.com. 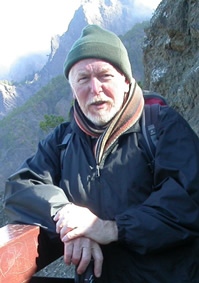 Daniel Thoen obtained his Master in Forest Science at the Faculty of Agronomy in Gembloux (Belgium) in 1968. In 1977, he completed his PhD in Environmental Science at Arlon (Belgium). The ecology of fungi and symbiosis between tree roots and mushrooms were the main topics of both his Master and PhD.

Later on, he became interested in other fields, mainly ethnomycology (in Europe and Africa). He researched the different uses and the symbolic significances of mushrooms in folk-lore, fairy-tales, literature… and art. He has accumulated a bank of data on fungi found in decorative art and paintings over more than 30 years…

Marjorie Young has held many offices over the past 20 years in the Fungus Federation of Santa Cruz (FFSC), including CEO. Currently she is Chair of the Education and Scholarship Committee. Her background includes a BA in Education and a Masters Degree in Library Science. While living in Los Angeles she was a docent at the UCLA Art Gallery. She has also developed curricula and taught art classes for children at several different venues. Her interest in fungi has led her to write a cookbook focusing on mushrooms and she has started teaching cooking classes in Santa Cruz. Seeking out, writing and publishing books on hot springs, takes her out in the woods where she can combine her love of soaking in natural mineral springs with mushroom hunting.